When Coach Wade Watts took over as the head football coach at East Liverpool High School in 1949, he inherited a team that had won only six games in the previous three years. There was nowhere to go but up! To make it happen, one of his initial hires was a diminutive freshman football coach, Lou Venditti, who saw the potential of his plebe squad and, in particular, four players: Eddie Oliver, Clair Williams, Ernie Bell and the fastest athlete on the team, Bob McCoy.

As it turned out, when the four reached the varsity level, the Blue and White lost only two games and came up with a 9-0-1 season in 1952. The tie was vs. Sandusky, unfortunately, with McCoy watching from the sidelines with an ankle injury.

It has been said that Bob McCoy could beat an opponent in any sport. He was a three-year letter winner for coach Merrill Hall in basketball, an excellent baseball player and superb quarter-miler.
As a member of the National Honor Society, following a semester at Cornwall on the Hudson, he gained an appointment to the United States Military Academy at West Point, where he captained the Cadets’ basketball team in his senior year.

One of only four four-star military officers to come out of East Liverpool High School, McCoy was born in Smith’s Ferry, Pa., but reared by his parents in the East End Section of East Liverpool, where he and his
sister, JoAnn McCoy Chan, attended Garfield Grade School. JoAnn is married to Frank Chan.
Rising to the rank of Lt. General, he was Vice Commander of the Air Force Logistics Command at Wright Patterson Air Force Base when he retired. He died on Dec. 9, 1995, and on July 4, 1998, was named a distinguished alumnus of East Liverpool High School.

He was predeceased by his first wife, Marcie Gamble McCoy, with whom he had a son, Michael Paul McCoy and his wife, Irene, of Sammamish, Wash., and three daughters, Robin Lynn Haskins and her husband, Ron, Catherine Decker and her husband, Kevin, and Rebecca Ann “Becky” McCoy, and her husband John Jacobs, all of Warner Robbins, Ga. There are nine grandchildren and four great-grandchildren. 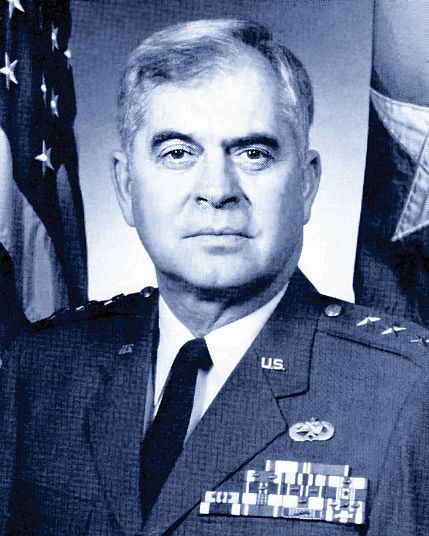