As a youngster growing up in the McKinley School neighborhood of East Liverpool, friends and family alike must have recognized early on that Pete Wooley was an individual who possessed a propensity for getting things done in a less-than-traditional manner.

At one juncture, in a determined bid for election to a class office at East Liverpool High School, he challenged his opponent by having promotional leaflets dropped from a Piper Cub airplane. Sadly, the missiles never broke loose from their moorings, and the entire package ended up on the roof of the J.C. Penney store on East Fifth Street, but the die was cast. There was little doubt that Pete was on his way to bigger and better things.

Although he was active in both sports and theatrical productions as a member of the Class of 1952 at ELHS, he surprised everyone following graduation by volunteering for service with the United States Navy, a decision he never regretted.

Following a four-year stint with the military, he was able to enroll at Kent State University, where he was privileged to study architecture under former East Liverpool High School football coach, Joe Morbito.

It didn’t take Wooley long, however, to discover that designing houses and small buildings was not a challenge, and after a few years and his marriage to high school sweetheart, Linda Lane, he was off to Hollywood and his first job in the art department of Warner Brothers Studio.

His transition from being a set designer to an art designer to that of a production designer was a reflection of his considerable talent, which eventually saw him establish his credentials with such feature films as “Sounder” and “Blazing Saddles,” where he was united with his good friend, Mel Brooks.

On the television side, he served as art director for films, “Family of Strangers,” “Promise Him Anything” and “The Day After,” for which he received an Emmy nomination.

In an interview midway through his career, Pete estimated he had more than 50 feature and television projects to his credit. Now in semi-retirement, the list could well be doubled. Even the personable Wooley has lost track.

When the East Liverpool High School Alumni Association was organized in 1986, an all-class reunion was planned for the following year, leaving little doubt as to who would chair the event. Assisted by long-time friend Rob Niblock, along with Mike Parks and Tom Snow, the team put together a plan for a massive dinner at the high school field house, along with the initial alumni parade and the ground-breaking ceremony at the future site of the alumni clock tower on East Fourth Street, the one-time location of Central School.

For his efforts, Pete was name a distinguished graduate of his alma mater and invited to return in 1992, for the dedication of the Clock Tower, and to assist with the “World’s Biggest Chicken Bar-B-Q,” which saw 4,000 meals served under a large tent in downtown East Liverpool.

In 1998, he was actively involved in the establishment of the Lou Holtz/Upper Ohio Valley Hall of Fame, both in its design and his efforts to escort Regis Philbin to the dedication ceremony.

Today, he and Linda reside in Woodland Hills, Calif., where they can be close to their daughter, Stephani, and son Chris, along with their families. 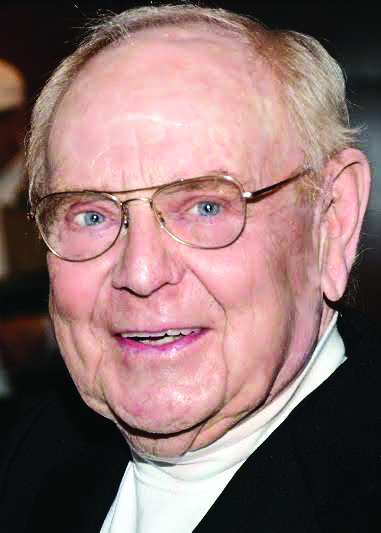