Determination, Discipline and Dedication are three words which characterize the building blocks of the enduring career in education for Reno DiOrio, who was named headmaster of Wheeling’s Linsly School in 1979 after serving in a leadership capacity for some 15 years at Kiski, the all-boys prep school in Saltsburg, Pa., from where he was graduated in 1959.

An alumnus of Dickinson College in Carlisle, Pa., where he has been named to the school’s athletic Hall of Fame, Reno is most proud of having served his country with the United States Army during the Vietnam War era prior to being hired by Headmaster Jack Pigeon at Kiski for what was going to be one year but turned out to be 15.

The first “D” for Determination essentially portrays the record of service to Linsly by this man that has lasted some 37 years at the school, with no sign on the horizon of slowing down, although he stepped down as head master to become president of the school.

Originally, assuming his head master position just days after the board of directors decided to end the school’s military association, Reno’s leadership skills were tested. It was a fragile time for the traditional all-boys Linsly Military Institute, as it was known then, but 1979 became a defining year in the career of the native of Burgettstown, Pa., who to this day has few equals in private school education.

With Discipline, both directed at himself as well as that passed on to the students, he set about the task of developing the school minus its military tradition, while maintaining the high standards of the institution founded in 1814. Selecting uniforms and developing new regulations that were not based on the military rank system were only part of the challenge. Old traditions and values change slowly, but Reno recognized the significance of the move if the school were to survive.

In his words, “Linsly did not change simply to be trendy.  Society was changing, which to a degree brought about the next big transformation for the school in 1984-85, when the doors were opened to females.”

When discussing this revolutionary move with the board, Reno was quoted as saying, “Trends come and go, but the girls are not going back to the kitchen. I visited a lot of schools before the decision was made to see how others made the transition. Not one school that went co-ed felt they had made a mistake.”

DiOrio said the girls have brought more than just higher enrollment to the campus. They are consistently listed among the top ten both in-and-out of the class room, with many being named Presidential Scholars as part of each year's senior class.

Finally, there is the Dedication factor – that being of a personal nature.

After three decades at the helm, DiOrio has moved his office across the campus to assume his new presidential duties at Linsly. His latest position involves fundraising rather than administration responsibilities. The change became effective in 2014, allowing Reno to become more involved in two of his passions: reading and golf. Also, hopefully, it will give him and his wife, Karen, more time to spend with their three sons, David, Christopher, Matthew and their families.

As the 74-year-old DiOrio said in an interview at the time he changed positions, “I am not leaving the school, only its day-to-day operations.

“I love what I do. I have the best job in the world, but I felt it was time to make this transition.”

The people at Linsly could say the same. They love Reno and wish him the best as he moves onward and upward in his service to the school that has become synonymous with his name. 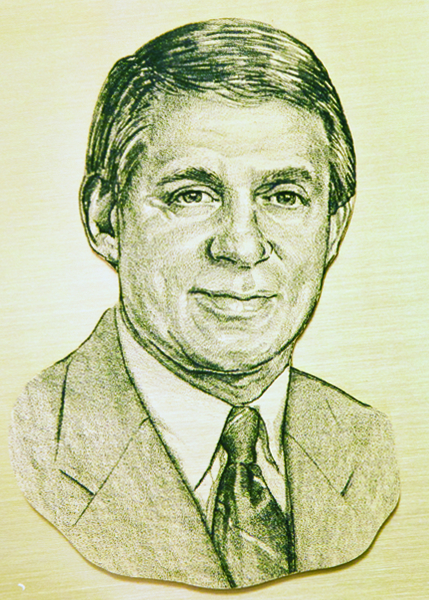